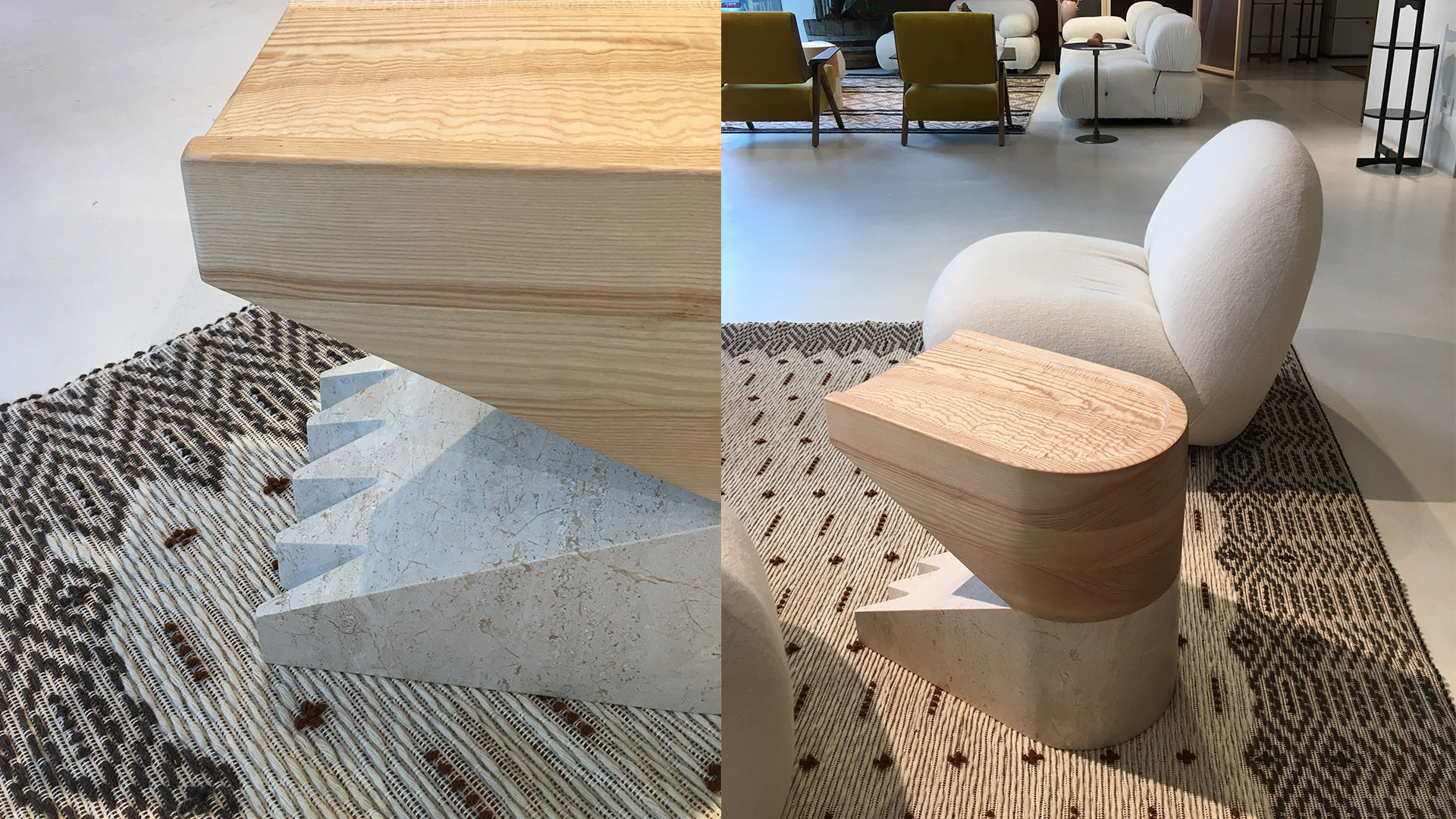 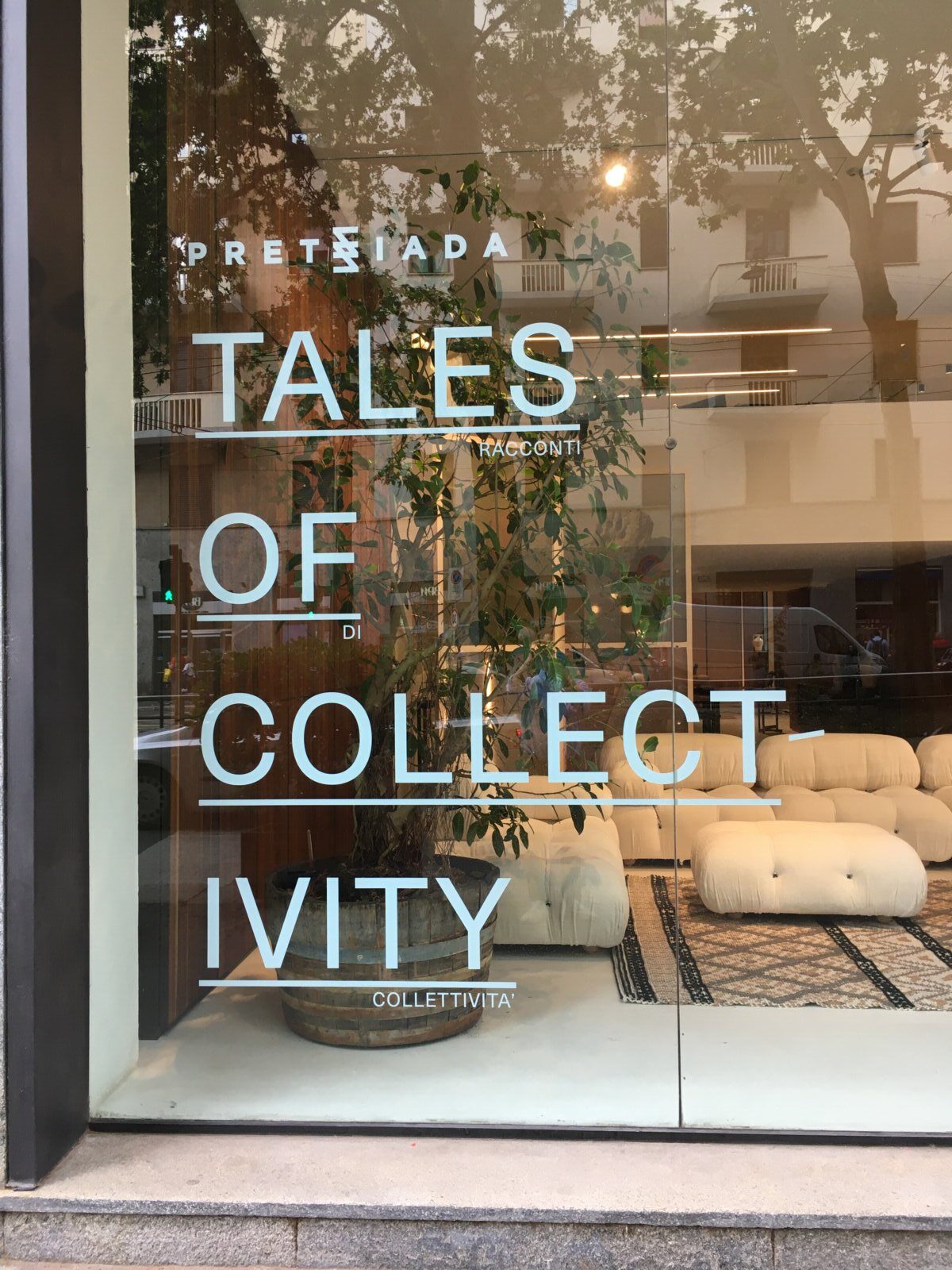 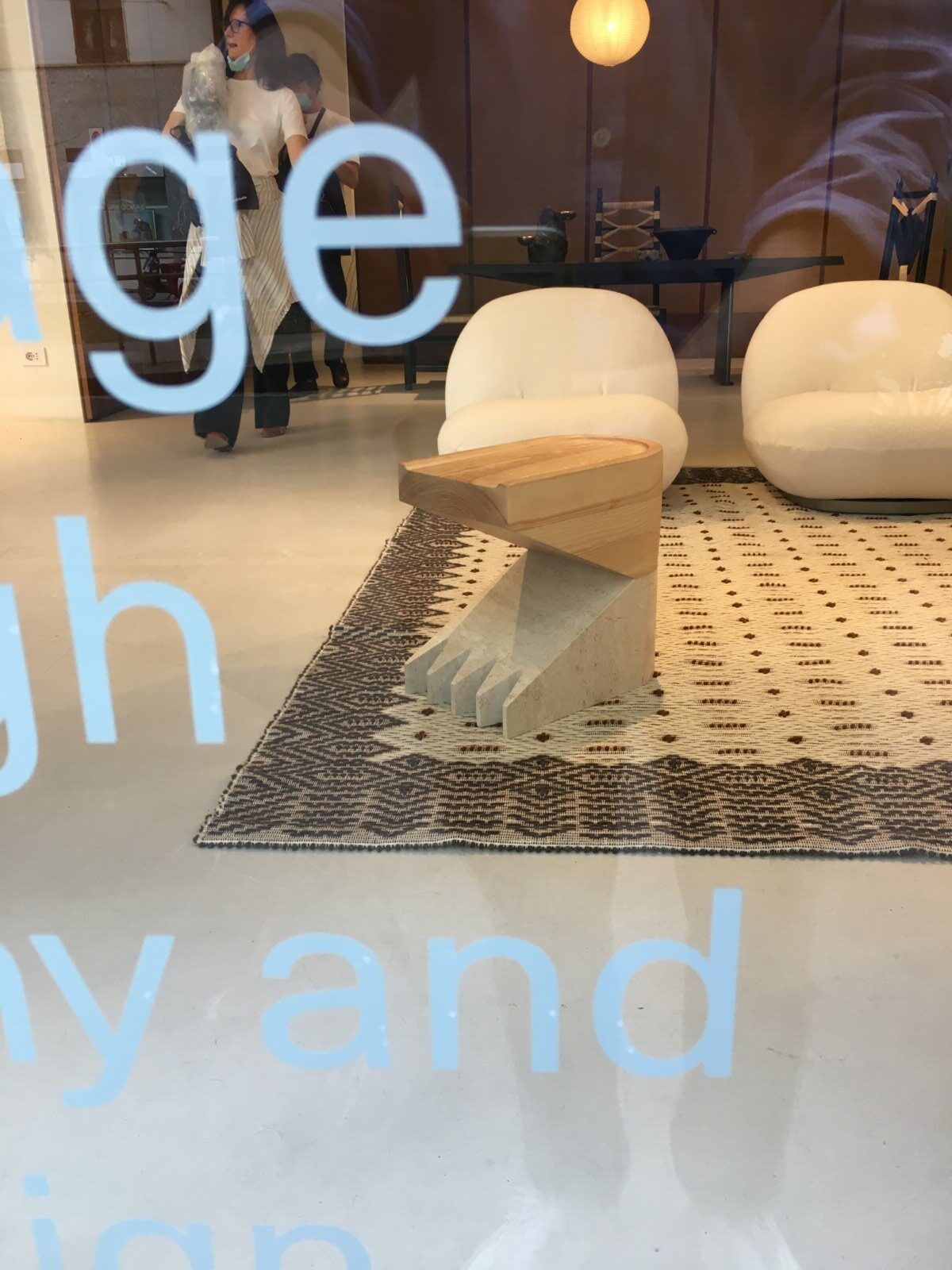 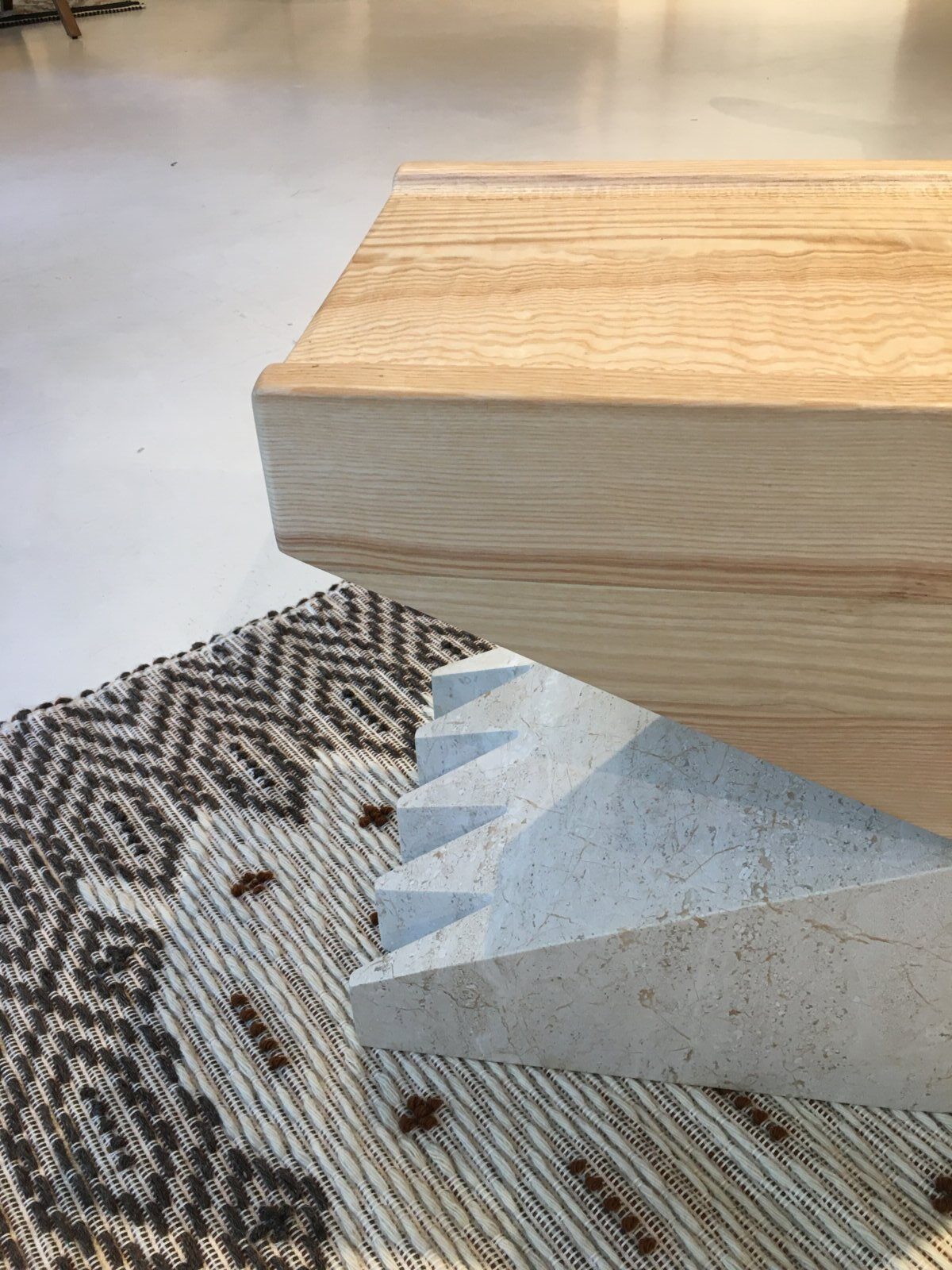 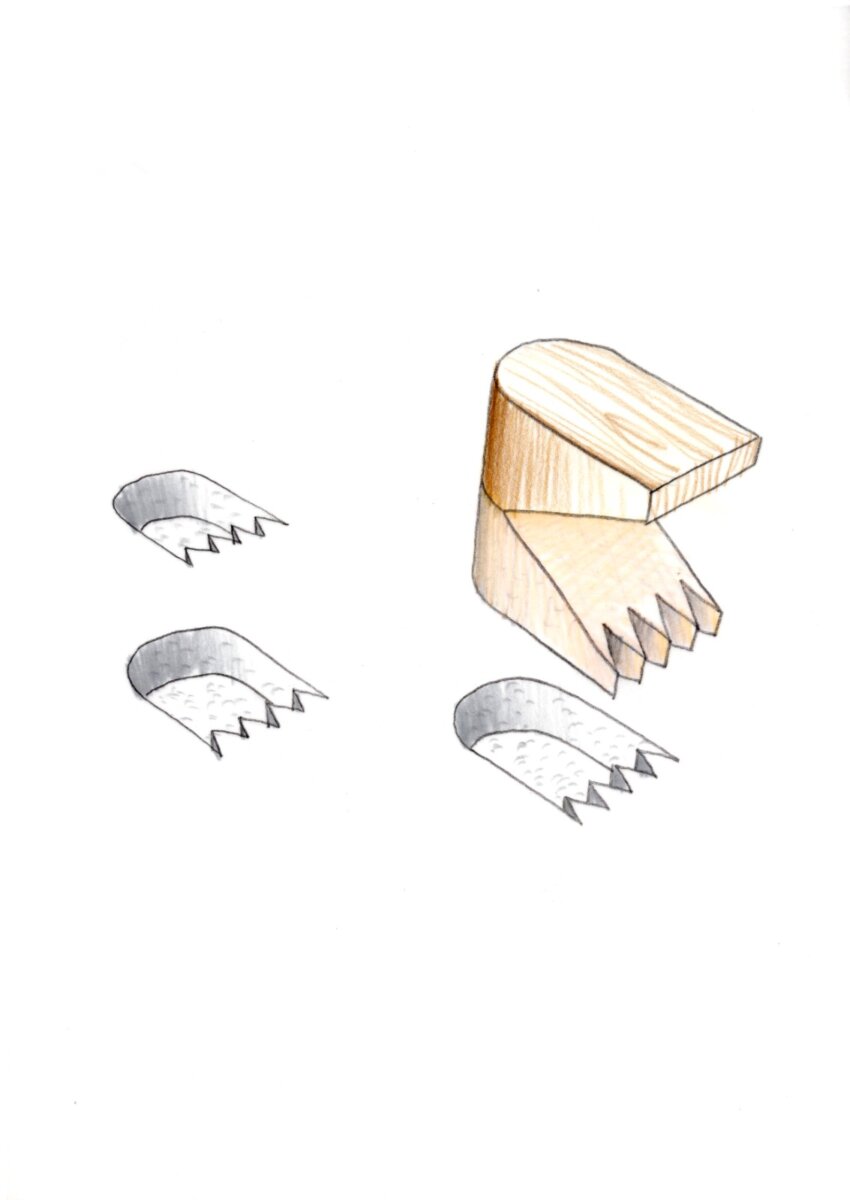 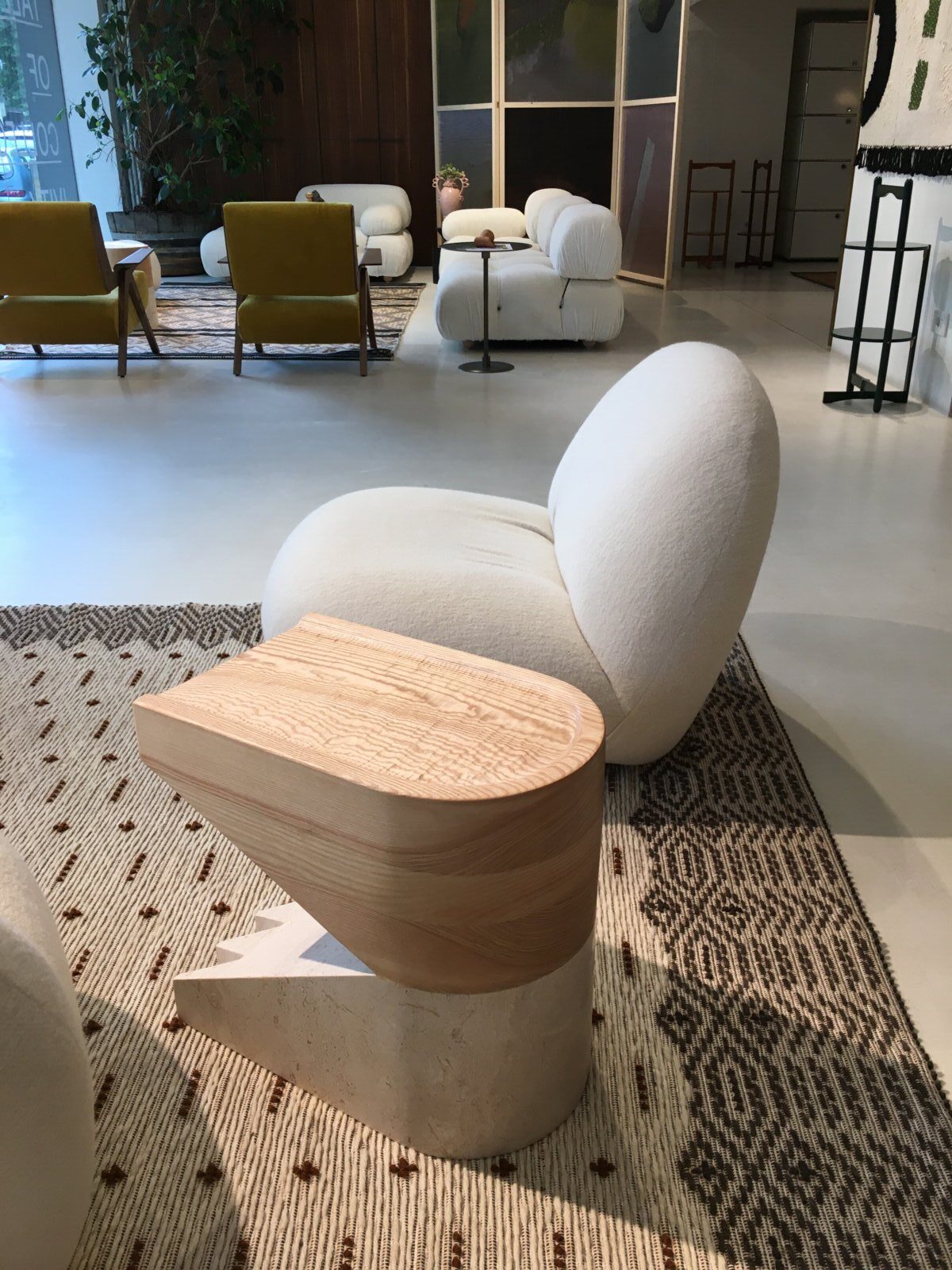 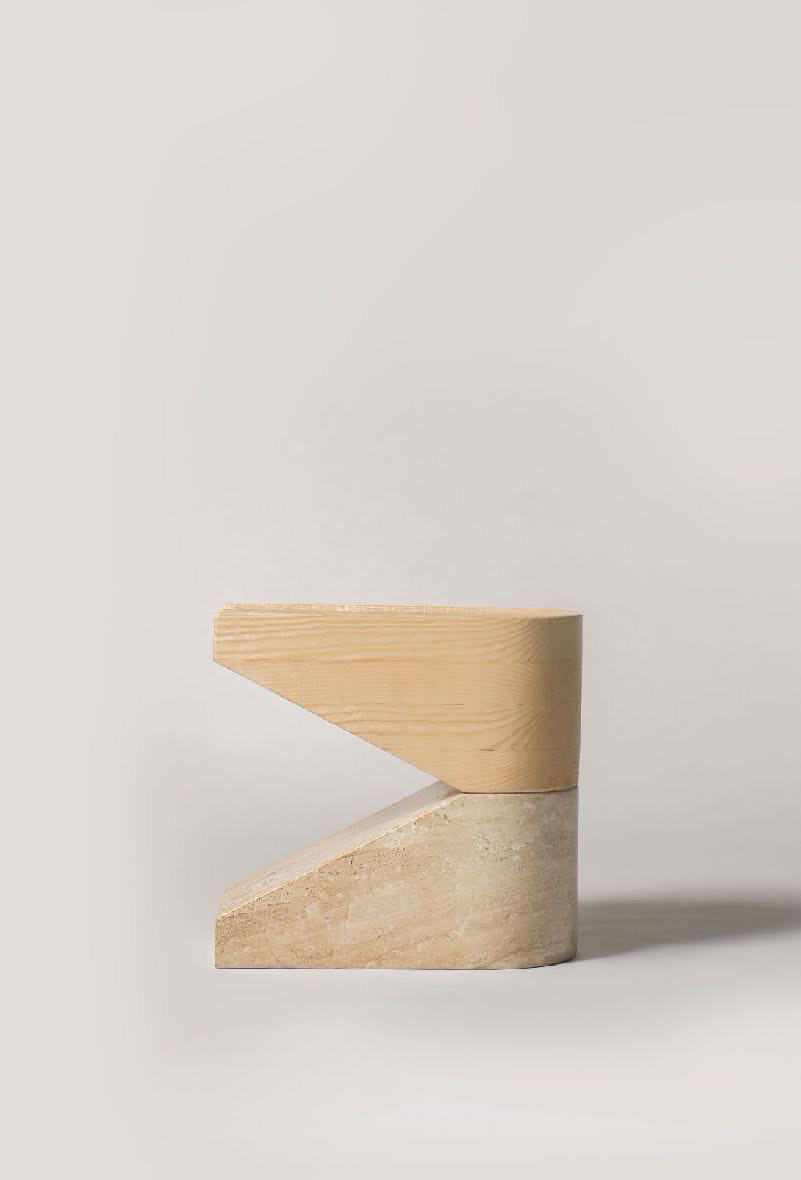 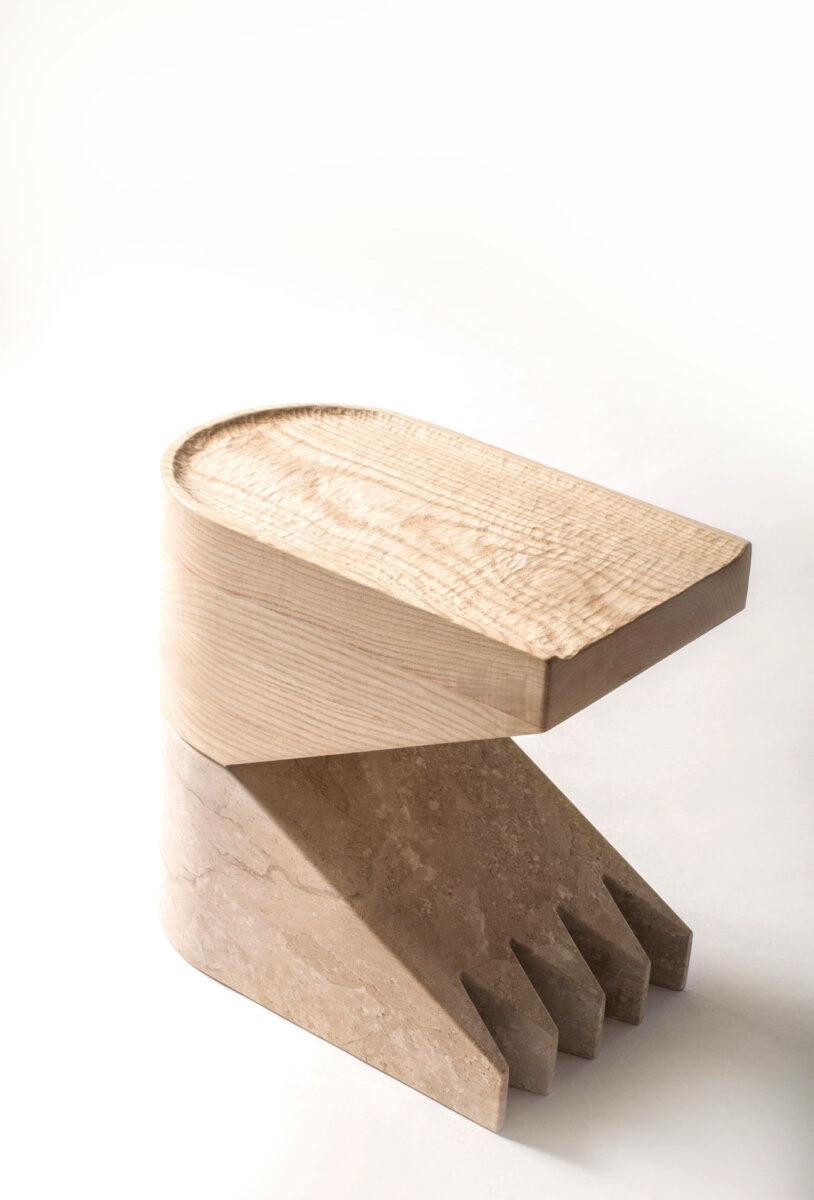 From the stone Giants of Mont’e Prama to prehistoric bronze
figurines to the large feet and faces on traditional furniture, Sardinia
has always included zoomorphic and anthropomorphic references in
its iconography. Often stylized and abstracted into geometric
patterns, it seems likely that this is an ancient custom, perhaps due to
years of colonization by their North African neighbors. In any case,
even the native Sardinian population, the Nuragic peoples, used
human and animal forms to confer luck, to express thanks and to
decorate their everyday objects.
Ambroise Maggiar took his inspiration from the clawed feet of the
important wooden trunks that graced every affluent Sardinian family’s
home. With Mannu, these feet become the center of the study, rather
than a detail.
The upper half is cut from solid Ash wood, with a meticulously handcarved
top made by Karmine Piras. The bottom is machine cut by CP
Basalti from a creamy local marble called “marmo di Orosei”, which has
varied sediments causing both swirls and droplets, and often
containing trapped seashells.